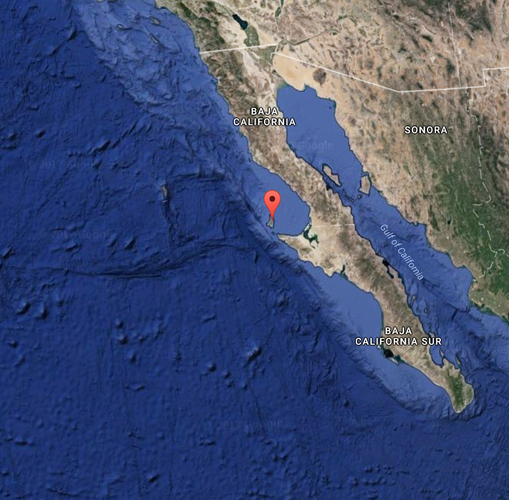 Range: Widely distributed in the Pacific Ocean. In the eastern Pacific, yellowfin tuna occur from Chile to Point Buchon, California. They occasionally enter California waters when ocean temperatures are warm. They usually are not taken in waters less than 70° F with best catches occurring in waters above 74° F.

Natural History: The diet of the yellowfin tuna includes juvenile fishes, crustaceans, and squid. They are opportunistic feeders taking whatever is most available in the area. Yellowfin tuna do not spawn off the coast of California; however, they do spawn further south in the eastern Pacific. Some spawning takes place during every month of the year, but off Central America it peaks during January and February. Young fish grow very rapidly and by the time they are 1.5 years old they weigh around 7.5 pounds. At 4 years old they weigh approximately 150 pounds. The largest yellowfin tuna taken are 10 or more years old. These larger fish sometimes have an elongated second dorsal fin.
Fishing Information: Yellowfin tuna are fished in much the same manner as albacore; jigs are used to locate the schools, and live anchovies are chummed to keep the fish around the boat. Most yellowfin tuna taken in California weigh 30 to 50 pounds, fish over 200 pounds are occasionally landed. The smaller fish are 1 to 2 years old while the larger ones may be over 10 years of age.